Okay, Okay – I have so many thoughts and opinions in my head about topics with some serious substance, but before I start writing about those I need to get at least one more light-hearted issue out of the way. And while it may seem trivial, I KNOW that many of you 22-and-olders have come to this same heart-breaking conclusion: Drinking sucks after you turn 21.

You have to pay for it now

Sure, you might have had to slip cash to an ‘of age’ person in younger years, who would then go buy you a bottom-shelf bottle and pocket the difference. But you didn’t care then. You didn’t have bills or keep track of how much money went to support your newfound alcoholic tendencies – because you were underage and therefore a badass. I don’t even add 21 year olds to this category because you LIKE paying for it when you turn 21. You strut up to the counter and dare the cashier to card you. That’s happened to me more than once. They wouldn’t ask for my ID and I’d secretly think, “Bitch. I don’t look over a day over eighteen. CARD ME.” Or I’d already have it ready to go, ’cause I was cool.

But then you turn 22 and boy, it all changes. You’re graduating from college and realize your student loans won’t cover your weekend adventures to the Meijer booze isle. No one is still celebrating the fact that you’re legal now and want to party with you every chance they get. Now it becomes a choice. Food, bills… or a 5th.  Hmm. Hopefully you’re like me and chose some sort of responsibility, or at least a cheaper liquor but hey… no judgement here.

The hangovers are much, much (much) worse

When you’re eighteen, (cough sixteen cough) the concept of a hangover doesn’t exist to you. It’s like you can party all night and then face-plant in the shower, waking up five minutes later ready to run the world. Now, I actually have a “hangover prevention plan” – no joke. I have a glass of water, Gatorade and the Ibuprofen next to my bed for when (and if) I stumble my way to it. I even place a bucket at the side of it the nights I know I will cross that line. The headaches also seem to last for days now. And its not the I can ignore you kind of headaches, its the I want to crawl in a hole and die kind. That’s one of the (many) reasons I’ve cut down on my alcohol consumption.

Note: not all hangovers lead to awesome adventures

Now you drink for another reason

I mean, besides just to have fun. Once the glory of turning 21 is over and alcohol no longer symbolizes freedom and the juvenile “eff the rules” notion – it stands for something else. Usually, the cure for a hard day at work. The forgetting potion after a breakup with a boyfriend. The post-college “I have no idea what to do with my life” eraser. Its no longer just for a good time. Somehow, at least for me, that makes makes it less fun. 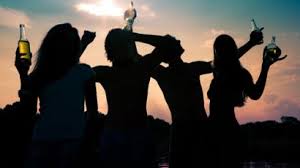 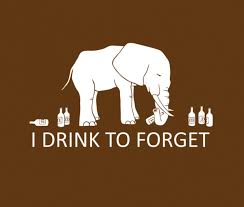 In no way am I condoning underage drinking, by the way, nor am I admitting that I have partaken in it (haha, right). In fact I am a STRONG advocate for sober driving and have seen what alcoholism can do to families and relationships. I just know that in real life the struggle and facts persist, and want all of you to know you are not alone!

For those of you under 21, enjoy your youth. You have nothing to look forward to now except turning 25 and getting a discount on rental cars and car insurance.

Leave a Reply to Alex B. Cancel